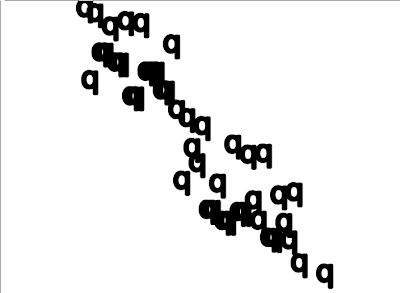 Inkscape can now import the eps file, and the points are nicely rendered as circles. I would be interested to know if this works across other platforms using other font packages ...
Posted by Rupert A. Collins at 10:57